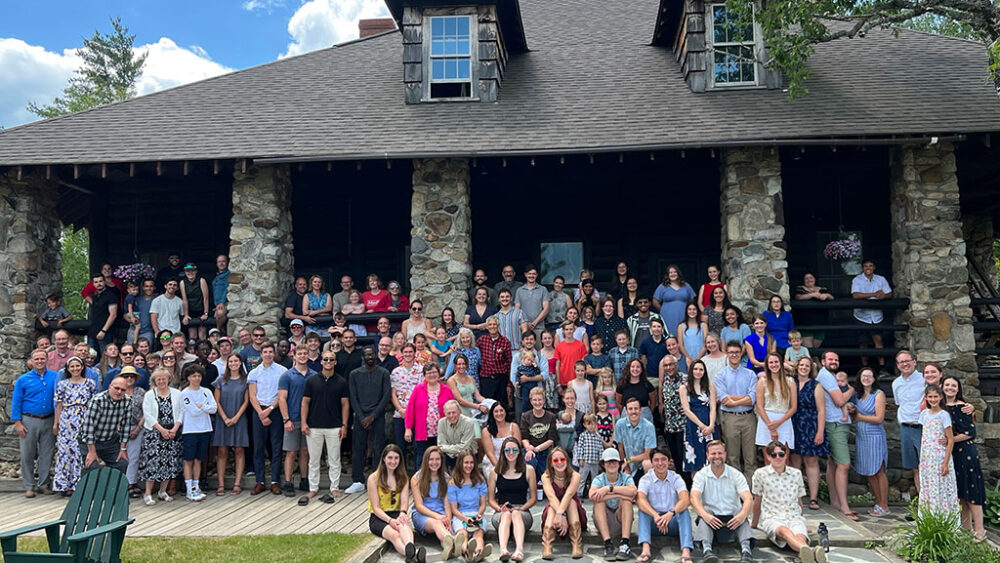 The Blessings Continue at Camp Lawroweld

Lawroweld present and former staff celebrate with their families the many years of camp ministry.

The story of how the Northern New England Conference (NNEC) acquired Camp Lawroweld is almost as legendary as its picturesque setting and historic lodge on the hill.

In 1945, George Belleau, then NNEC president, tasked David Shaw with looking for a property that could be utilized as a youth camp. Through leads from local church members, Shaw met Joseph Lawrence, who developed and owned a camp in Weld, Maine. Lawrence was happy to have the church potentially purchase the camp, which was made evident when he offered the entire property to the conference for $10,500—a far cry from the $60,000 he spent on building the lodge, itself a unique architectural masterpiece. The conference brethren felt this price was above what they were able or willing to pay, so another two years passed with no summer camp for children in the conference.

In 1947, some of the church leaders were in New York City, where Lawrence worked. They inquired about the property and learned that it was still available to them for $12,500. The conference brethren agreed to the deal, and the rest is history—a rich spiritual history. The camp’s name reflects and combines the generosity of Joseph Lawrence to the cause of Christ and the beautiful town in which it resides, Weld. Thus, the name Camp Lawroweld.

That was 75 years ago, and there is no doubt that God is still leading. In celebration of His providence and provision, Camp Lawroweld hosted the first-ever staff reunion on June 24-26, with more than 135 people in attendance. It was a weekend of stories, fun, and testimonies of how God continues to lead in the lives of those who step foot on the campground and those who serve others in camp ministry. “Still Leading” was the theme for the staff alumni weekend and summer camp season.

Gary Blanchard Jr., newly-elected Northern New England Conference president, and Elder Harry Sabnani, former NNEC youth ministries director, were the keynote speakers for the weekend. They encouraged the current camp staff to let the Holy Spirit lead in all they were tasked to do for the summer. The blessings continued as Camp Lawroweld exceeded full capacity for Junior, Teen, and Family Camp. The Lord is still leading!