At its regularly scheduled quarterly meeting on February 15, 2022, the Atlantic Union Conference Executive Committee elected Ted Huskins to serve as executive secretary of the union, effective March 1. He is the 17th executive secretary to serve the Atlantic Union Conference in its 120-year history. In his new role, Huskins is responsible for the union’s administrative operations, policy implementation, human relations, and other administrative functions.

Since June 2020, Huskins has served the Northern New England Conference as president, and before that, he served as the conference executive secretary (2014-2020).

Huskins graduated from Southern College (now Southern Adventist University) with degrees in theology and physical education. He received a Master of Divinity degree from Andrews University and served 20 years in pastoral ministry. For five years before joining NNEC, Huskins was the president of Coleman Stewardship Services, an organization that helps churches improve their stewardship practices.

As NNEC president, Huskins focused on stewardship and continued the renewed interest in evangelism (including youth evangelism) and church planting. He played a key part in reviving both areas in the Northern New England territory while he was executive secretary.

Huskins and his wife, Cindy, are parents of five adult children. “It is with a humble heart that I respond to the call of the Lord to serve as the executive secretary of the Atlantic Union. I covet your prayers and continued friendship as we continue to focus on the mission the Lord has entrusted to us. Thank you for your support and trust. By God’s grace I will seek to honor the Lord and each member of the Atlantic Union,” Huskins said.

Huskins succeeds Pierre Omeler who now serves as president of the Atlantic Union Conference after serving for more than five years as executive secretary of the union.

“Elder Ted Huskins is a proven, humble, Christian leader and a strategic thinker with more than 25 years of experience serving the Seventh-day Adventist Church. He has demonstrated a passion for mission, inclusion, and effective leadership over the years. I am looking forward to working with him for the glory of God and the good of all the constituents of the Atlantic Union,” Omeler said. 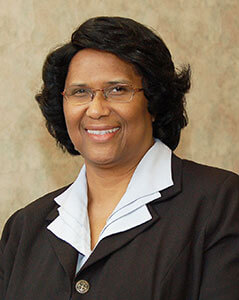